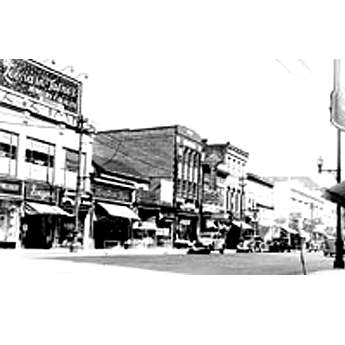 Leonard Italiano would be amazed by the vast and prestigious selection of jewelry, crystal, china and other fine gifts that fills the Main Street store at the corner of Centre Avenue. Italiano was one New Rochelle’s premier jewelers – first working door-to-door and then in an upstairs store on Mechanic Street (now Memorial Highway) as early as 1924. Despite his birth name, Italiano was not of Italian descent. He was one of New Rochelle’s early Jewish shopkeepers. By the time he opened a small Main Street store near Centre Avenue, in 1928, he had changed his name to Leonard Talner.

His brother, Joseph, joined the business and took over its management when Leonard died in 1941. Like his brother, Joseph also died in his early 50’s, just 7 years later. Leonard’s widow and her cousin, Arnold Heaps, ensured the continued operations and high standards of the store. Leonard’s son, Robert, joined the family business after serving in the Korean conflict. In 1960 he and Heaps purchased the store from the other Talner family members and began expansions. By 1962, they had enlarged the store by purchasing the adjacent hat store, dress shop and Fannie Farmer Candies. 17 years later, when Robert Talner died, Heaps became the sole owner.

Over the years Talner’s gracious and accommodating service, distinctive and top-quality jewelry has attracted the likes of Tommy Manville, Theresa Brewer, Dennis James, Peter Lind Hayes, and other celebrities who made their homes in New Rochelle. Grandchildren, great-grandchildren and great-great grandchildren of the Talner’s store’s first customers are now buying engagement rings hee.

Today the store is not just jewelry. Since 1985, when Talner’s purchased “Roadside China”, they have been the store for exquisite pieces by Lenox, Lalique and Baccarat, as well as European and contemporary designers. The china, crystal and giftware pieces are all beautifully showcased, frequently deep-discounted, and gift-wrapped and shipped to your specifications.

A third generation owner may assist you – Brian Heaps, who began working in the store with his late father, Arnold, in the 1960s. Another owner, Albert Tarantino, is not a family member, but he could be claimed as an adopted son. He began working at Talner’s as a “clean-up kid” at the age of 14.