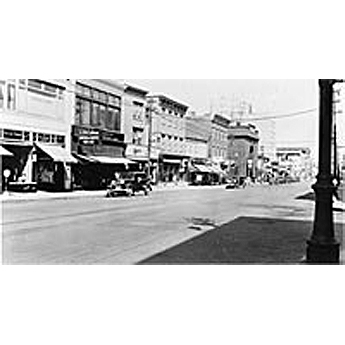 When Lou Gehrig shopped at I.B. Cohen’s, in the early 1930s, he had Nat Cohen make suits from material Gehrig had purchased while playing exhibition games in Japan. Each suit cost the famous Yankee $32.00. At the same time- and years before- artist Norman Rockwell bought his clothes here. Many other celebrities, CEOs, and area neighbors have and continue to shop for the best-dressed look at I.B. Cohen’s.

Israel Ben Cohen, an immigrant from Lithuania, opened his first men’s clothing store in 1888, in Mamaroneck. (He later sold that store to his brother-in-law, Margolius. That store closed in 1983.) By 1900 he had established his second, near New Rochelle’s City Hall on Main Street. Of all his children – seven sons and one daughter, three sons chose to join the business.
When the store’s second location was claimed for the construction of Division Street, another store was begun. On October 2, 1941, a year after the death of the senior Cohen, sons Nat, Lip and Dave opened a new store. I.B. Cohen’s is still located at the 525 Main Street address.

The three owners had a total of 8 children – seven girls and one boy. Nat’s son, Lewis, began working for the business in 1957 and continued for over 5 decades.